BRAND CREATIVITY IN AN AUTONOMOUS CULTURE 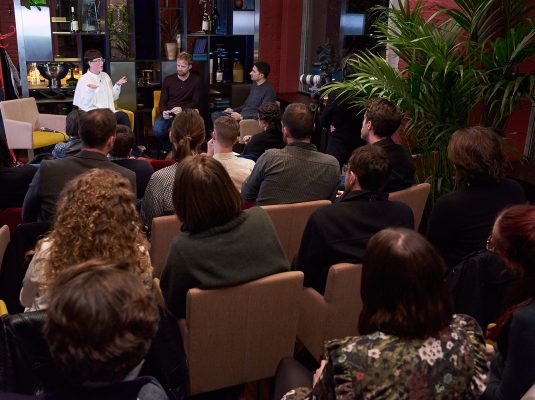 BRAND CREATIVITY IN AN AUTONOMOUS CULTURE

Duane Holland, Founder + Creative Strategist at DH READY, a cross-discipline creative consultancy shares some of the discussions from the sixth installment of AGENCY 2030’s event series around the trend ‘All Autonomy’.

Claire McAndrew, Director of Research at UCL Institute for Digital Innovation in the Built Environment and Tom Ollerton, Ex-Innovation Director at We Are Social discussed how autonomous cars is just one element of a much bigger trend towards an autonomous culture.

DRIVERS BEHIND AN AUTONOMOUS CULTURE

At different levels of scale (street, neighbourhood), there is emerging dialogue around cities becoming more ‘conscious’ and starting to anticipate and respond to our needs. The really interesting thing about these complex infrastructures leads us to not think about technology for efficiency, but how it reframes the human experience.

Already so much of our lives are controlled without us knowing. What we buy, watch and listen to is algorithm-driven. This will be intensified as ‘echo chambers’ that result from the use of algorithms to personalise incoming information evolves from social media to influencing how we live our lives, transcending physical, digital and virtual worlds.

Discussion led to the level of impact this ubiquitous and invisible technology will have on humanity. Tom thinks people will adapt as our “perception of intelligence changes over time” and “we’ll only see it as novel and interesting until apathy kicks in”.

From a psychological perspective, Claire flagged the potential “narrowing of perspectives” sharing how people “have a vision of automation as a release from the mundane, but algorithmic choice could instead lead to a world of repetition and more limited set of experiences”. She suggested people will value the things that break this and described how we’ll crave the “element of surprise” much more by embedding emotions into algorithms.

BEYOND THE EXPERIMENTAL STAGE

The demands of autonomous culture is already making traditionally luxury services created for high society and the super rich more accessible for the masses. Whether it’s yesterday’s personal drivers in the form of Uber, or yesterday’s personal photographers being outshot by selfie drones that will follow you while you ski, it’s easy to see automation becoming welcomed as part of our everyday lives today.

Beyond experience, automation is also having a profound impact on cultural opinion by picking up, profiling and punctuating people’s personalities on social media. Tom mentioned the writing is on the wall following the recent Brexit and US Presidential Elections where audience targeting experts, Cambridge Analytica, used behavioural change, pioneering data science and cutting-edge technology to sway the actions of voters.

The levels of technical sophistication are already here for brands to leverage, they just need to shift their mindset to take the conversation forward. Tom mentioned how IBM have taken a much more sensible approach than scaremongering, by not talking about artificial intelligence but ‘assisted intelligence’”. Claire agreed this is vital and referenced a radical study in the 1970s by the ‘Architecture Machine Group’ that championed the ‘dialogue between two intelligent species – human and machine’ to progress the creative design process.

‘Assisted creativity’ will open up new possibilities for brands and agencies by blending the best of human imagination with progressive machine intelligence. It’s time to rethink the creative process so storytelling keeps pace with emerging autonomous culture.

If you’re interested in this topic or attending the next AGENCY 2030 event contact Duane Holland on duane@dhready.com. Tickets are free but limited.