Agency 2030 Debrief / The Distributed Self 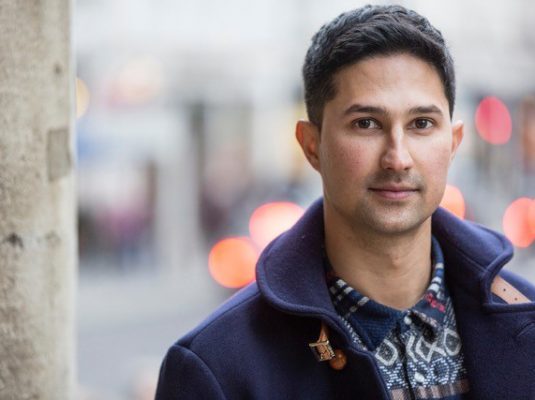 Agency 2030 Debrief / The Distributed Self

Duane Holland, founder at DH READY and Dr Alastair Moore at UCL share some of the discussions from the third instalment of Agency 2030’s event series around the Distributed Self: the ability for people to have real-time sensory experiences in distant places

Speaking at the event Prof. Anthony Steed (Virtual Environments and Computer Graphics at UCL) and Saverio Romeo (principle analyst at Beecham Research and Roll Studio) discussed how a recent academic study called ‘Beaming’ could make teleportation a reality in the long-term, how it could open up a new way for brands to engage and the new skills needed to push this innovation forward.

A project before its time

The idea of being in one place but interacting in another has a very long history going back to the 1950s in nuclear power plants, as well as The da Vinci Surgical System where surgeons hold two joystick-like devices to control a robot not too far away.

The European Commission-funded study ‘Beaming’ looked to take this further under the research area of telepresence. Inspired by the prototypical phrase from Star Trek, ‘beam me up’, UCL and a number of other partners explored a world where you could actually beam yourself to a real place, in real-time with real interaction.

There were three core areas driving the Beaming study:

I. Self simulation
Over the last decade the goal has moved from visual and aural simulation to physical and tactile simulation. Interests have moved beyond just using head mount displays to see and pick up objects in a virtual world to feeling, touching and interacting live.

This reaching out and touching beyond geographic borders is an enormous step and is seeing a big shift in haptic evolution. For example, Prof. Steed mentioned one study that looks to understand all 25 senses, not just the commonly known five, including the sense of temperature (Thermoception), perception (Proprioception) and balance (Equilibrioception) to more accurately mirror the 360-degree sensory feelings.

II. Sci-tech convergence
Beaming was a multidisciplinary project that blended together neuroscience, depth-sensing technologies, VR, AR, robotics, 360-degree cameras and computer graphics. With lots of convergence between robotics, autonomous systems and humans there is inevitably a role for one large system.

III. Escapist realism
We’ve reached a critical point where people have less time on their hands due to a higher pressured work/life balance and always-on distractions, coupled with a huge demand for immersive and interactive experiences as detailed in Harvard Business Review’sWelcome to the Experience Economy. This situation of ‘less time more experience’ has created a need for escaping day-to-day life with real rather than virtual alternatives.

The next frontier: Beaming brands

Being able to distribute yourself to different places and spaces will give rise to a form of ‘Experiential 3.0’ revolutionising the way brands think and behave. Brand marketing will shift from being product or consumer centric to a human centric era with brands defining and embodying their values in localised and customised experiences tailored to human desires, such as happiness, discovery or adrenalin.

Prof. Steed and Saverio Romeo identified early signs that this is already happening with a number of ‘mini beam’ case examples. The automobile industry are leading the pack with McLaren’s elite VR systems and Mercedes’ ‘virtual showrooms’ allowing customers to see the full fleet and radically customise it in real-time.

There are also signs of progress in the leisure and entertainment worlds with Marriott Hotels’ Magic of Miles teleporter hubs, a 4-D virtual travel experience allowing people to leap from one holiday destination to another using Oculus Rift. Also, Samsung Gear VR’s Cirque Du Soleil Kurios Cabinet of Curiosities experience which reinvents the future of theatre.

Going forward these experiences will filter through to lifestyle and experiential brands, such as Premiership football clubs offering people the chance to view the game from a manager or player’s eyes with real-time physical sensations.

Everyone agreed that a multidisciplinary approach is needed with a focus on programmers with design-orientated skills to boost them into 3D content creation, model making, sculpting and coding to configure systems. Experiential Programmers will also crucially adopt skills commonly seen in experiential, an industry which gets close to people through live events for brands to embrace the mixed-reality world ahead.

DH READY and UCL will expand on this in the academic report. If interested in attending the next AGENCY 2030 event or finding out how we can help with intelligence, innovation and ideas please contact Duane Holland on duane@dhready.com. Tickets are free but limited.